It’s five hours before the kickoff for the Super Bowl and I’m set to make my iron-clad predictions. With apologies to the Who and their Pinball Wizard, I’ll put on my Marketing Wizard hat to predict the three winners are in this year’s Super Bowl. 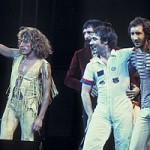 1. The Who. This year’s halftime act will expose hundreds of millions of people to one of the great groups of the Sixties and Seventies. I saw them in concert in Saratoga, NY and they were fantastic. They’re albums have sold zillions. But today’s youth probably knows them more for the ring tone at the beginning of the TV show CSI (yes, that’s the Who). Now they will become almost as well known as Lady Gaga! 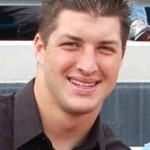 2. Tim Tebow and Focus on the Family. Let’s face it. Many people watch the SuperBowl for the commercials as for the game (especially if the game is a bore!) The true value of any commercial is if it is remembered. I remember cute, talking animals from last year’s ads. I can’t tell you what product they pitched. But I can tell you that Tim Tebow got more media muscle for his ad even before it aired. The commercial has been covered and debated in most daily newspapers and opinion TV shows. It got free replays and it go people talking even BEFORE the show. Even Janet Jackson couldn’t do that. Tebow’s what advertising is all about.

3. Tebow would have been the hands-down winner, except for one Hail-Mary play. What’s better than getting the highest talked about ad? That’s the ad that got the most talk with the least amount spent. For that award, look to Mancrunch.com a company that CBS decided it didn’t want to sell an ad to. By nixing the ad, the company got a ton of PR. But the best part is that rumors are reported that the company didn’t even have the money to pay for the commercial! So they  got a zillion dollars of publicity without spending a penny to produce the ad or buy the ad time!

That’s the play of the day!

What’s the message for you? Controversy creates publicity. What’s controversial in your field? Capitalize on it!