Bloggers have influence and major players are reaching out to influence them.

Consider these events at BlogWorld: 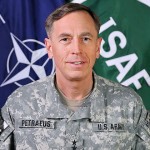 – General David Patraeus took time out from defending out country to welcome people to BlogWorld and to thank bloggers for supporting the troops and their families. BlogWorld held a separate track for military blogs. Other tracks were for business, travel, food and sports.
– Mark Burnett, creator of Survivor, The Apprentice and other reality shows, used BlogWorld for the world premier viewing of a trailer for his latest show, “Sarah Palin’s Alaska.”

– Borders announced software program to turn a book into a blog and have it sold via their bookstores – for $85, which includes the cost of an ISBN number. The head of the program told me that an ISBN number alone usually costs more than $85.

– SONY showed a prototype television with Internet capabilities. Tech pundit Jim Louderback said it was not ready for prime time, but that it did herald the beginning of a new era of convergence of the two media.

Meanwhile a room full of 100 food bloggers anxiously took notes from PR people who showed them how to curry favor with reporters and with brands – and learn a bit about journalistic ethics in the process.

In another room, several hundred corporate employees talked about how to measure ROI on social media and new media tools. Wrapped in numbers, metrics, formulas and algorithms, the session was not for the faint of heart, but for B-school wonks.

Still in another room, newbie bloggers were learning the ins and outs of creating content, creating community and creating income.

As panelists made their points, many in the audience tweeted and re-tweeted key points and sound bytes. Some presenters paused in their talks to point out they just said something that was tweetable.

If one message came through loud and clear it was the social media was about creating conversations, not broadcasting messages. Case in point, two bloggers took to the microphones during Q&A to blast Penn and Hughes for talking in talking points, but not engaging the audience. The politicos answered the bloggers with more talking points but never once asked the questioners for their ideas.

Old habits are hard to break.

My audience is mostly speakers, authors, consultants and coaches. Most of whom think social media is a giant time waster. I can see why: Most messages I get from them are promotions for their webinars, teleseminars and thinly-veiled commercials for their books, consulting clients and other self-serving and self-promoting ventures. Of course no one engages in conversations with them. There’s no meat. People can see through an ad, even when it isn’t labeled an ad.

If you want to be successful with social media (and this conference showed me that many big companies really are getting ROI from their efforts), then it is key to engage so you can build visibility, trust and then sales.

So, what do you think?

Dan Janal is a very successful entrepreneur, professional speaker and marketing coach who helps clients build their businesses by improving their strategy for using publicity, marketing, Internet marketing, e-commerce and sales. To see how you can improve your business, go to http://www.prleadsplus.com

This article can be republished in your ezine, blog or website.